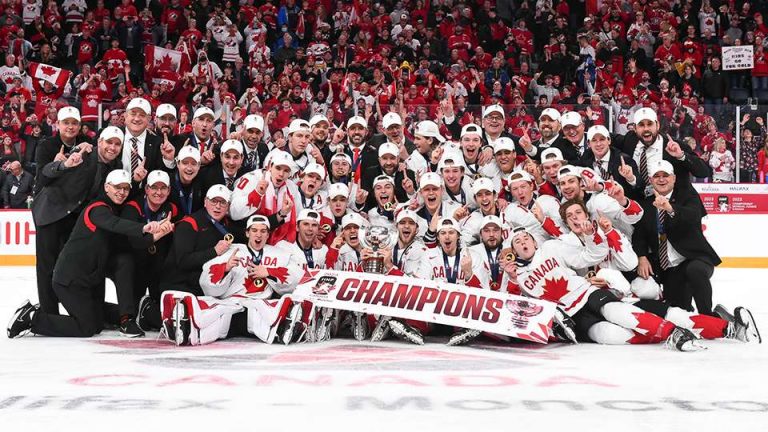 Canada wins gold!  Town Health Solutions is very honoured to have been the only clinic team in Atlantic Canada to provide care to the 2023 Canadian World Junior Hockey team.  The tournament, was held in Atlantic Canada for the first time in 20 years. 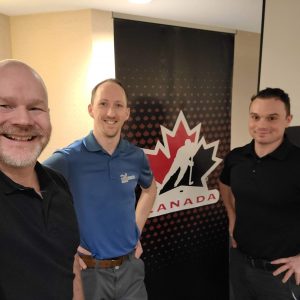 This opportunity came about as Team Canada was hosting their pre-tournament training camp in St. Stephen at the Garcelon Civic Centre.  Dr. Klein was the team doc for the St. Stephen Aces Junior A team for most of their tenure in Charlotte County and it was a natural progression to be able to provide care for Team Canada while in New Brunswick.

There was a process regarding credentials, insurance, and suitability for our organization to have access at Hockey Canada.  They won’t just let anyone in!

Dr. Klein has a long history of organizing sport coverage, having been the Health/Medical director for the 2014 World Women’s Curling Championships and leading UNB Track and Field’s Health team for numerous years. 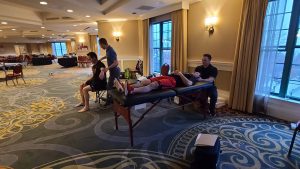 Other teams that our organization has supported over the past decade include: