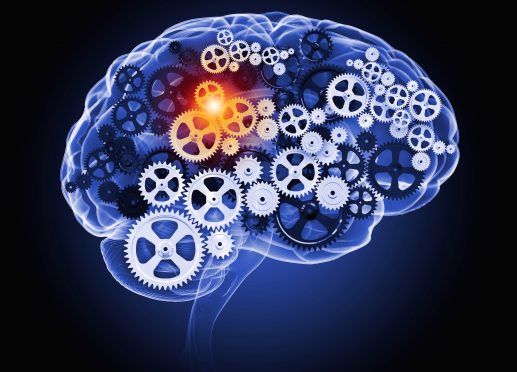 This is an area where we really shine.

Treating these software problems often results in what many people consider the ‘miracles’ of their care.  We don’t think they’re miracles, we just call that a Tuesday.  In our world, it is often said that pain is a poor indicator of where or what the problem is.  Pain is an alarm to tell you that there is ‘a problem’, however it doesn’t tell you where.  It is not uncommon for a hip/back/shoulder problem to come from the ankle.  It is also not uncommon for someone’s core to be shut off due to a C section scar.  Further, it is not uncommon for someone’s TMJ problems to be the result of old/unresolved issues in other parts of the body due to how the TMJ is wired into the brain.   It acts as a high level compensator.  This is why, if you are tired and trying to do an activity, you will often clench your teeth.  There is no mechanical advantage to this, it is simply a compensation your brain uses.  This is what we assess.

We are very picky who we let into our organization.  We require people with tenacity, strong technical skills, an open mind, and a willingness to learn.  That is why you will find advanced techniques and strategies with our teams, and pretty much everyone will use some element of this strategy to help with your problem.

NeuroKinetic Therapy® corrective movement system is a sophisticated functional neurology modality that can be used as both an assessment and rehabilitative technique for low back pain, neck pain, carpal tunnel, and other injuries. The NeuroKinetic Therapy™ corrective movement system protocol employs a system of precise muscle tests that has the ability to change the programming of the Motor Control Center (MCC) in the cerebellum. The MCC coordinates all movement patterns in the body. It learns through failure.

When an NeuroKinetic Therapy™ corrective movement system practitioner tests the weak anterior neck muscles, they fail thus opening the MCC to new learning. After the balance is restored, the MCC is “reprogrammed” and recognizes the anterior neck muscles. To complete the reprogramming, specific rehab exercises are assigned to “burn in” the new functional pattern.

P-DTR is an advanced and unique neurological therapy based on neurology, biomechanics, neurophysiology, anatomy and profound research. It works directly with the Central Nervous System and has a logical scientific explanation for all of its teachings. Under the guidance of Dr. Jose Palomar (founder and orthopaedic surgeon). People who will benefit most from P-DTR are those who have struggled to get results with typical therapy, or have suffered chronic pain for a lengthy period of time.

Put simply, P-DTR is the practical application of theoretical neurology. The inspiration and source material for this technique is drawn primarily from a profound understanding of neuroanatomy, physiology and orthopaedics. All of the information that is delivered as part of our practitioners educational journey can be found in any neurology, physiology or orthopaedic textbook anywhere in the world. The difference is that P-DTR training will enable our practitioners to understand exactly how to interact with all of the neurological theory in each and every person that they treat. The textbook knowledge becomes immediately applicable to each person being assessed and treated using P-DTR which enables both practitioner and patient to see neurology acting and adapting in real time.

Unique to P-DTR as a therapy, is and understanding of the role that sensory nerve endings (which will be called ‘receptors’ henceforth) play in the function and processes of the central nervous system. P-DTR uses receptors as its entry point to understand, assess and treat all kinds of dysfunction, pain and symptoms that it is possible to experience in the human form.

In the human body we can apply the same analogy. The hardware is the bones, the ligaments, the organs, the nerves and blood vessels and the physical brain itself. The software is the communication within the CNS and its many interconnected functions. The firmware are the primitive reflexes we are born with as children and some of the autonomic unconscious functions that our bodies perform.

P-DTR as a therapy can be used primarily to treat the software and firmware components of the above analogy, however it also has an important role to play in treating the causes of some hardware problems such as chronic degenerative conditions, and also post operatively when changes have been made surgically to the structure or hardware of the body.

Dr. Erik has completed the Foundations, Intermediate, and Advanced modules of the program.

We often use the functional movement screen (FMS) to provide measurements and to assess imbalance.  The FMS was created by physiotherapist Grey Cook to provide strength trainers and therapist a guide to evaluate improper movement patterns.  The Selective Functional Movement Screen (SFMA) is used by physios and chiropractors to provide a greater level of insight into which parts of the body are interacting properly or improperly with the rest.

Please note: just because you have improper movement, doesn’t mean it’s wrong!  However, we can determine whether the problematic movement is affecting you negatively or contributing to your problem.